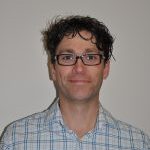 Allan Bertram received his BSc from the University of Prince Edward Island and PhD from the University of Waterloo, where he studied the freezing behaviour of polar stratospheric clouds. Following an NSERC Postdoctoral fellowship at the Massachusetts Institute of Technology, he joined the Department of Chemistry at the University of British Columbia (UBC) in 2001. He was a Tier II Canada Research Chair in Environmental and Atmospheric Chemistry from 2001-2011, and in 2012 he became a full professor at UBC. He has been awarded an NSERC Discovery Accelerator Supplement Award (2008-2011), the Chemical Institute of Canada Environment Division Research & Development Dima Award (2015), the UBC Killam Faculty Research Prize (2017), and the The Brockhouse Canada Prize for Interdisciplinary Research in Science and Engineering (2020). He is also the former director of an interdisciplinary atmospheric aerosol program funded through the NSERC CREATE program.  Currently, he serves as Co-editor of the journal Atmospheric Chemistry and Physics (2013 – present). The research in his group focuses on the chemistry and physics of atmospheric aerosols and the role these aerosols play in urban air pollution, climate change and atmospheric chemistry.

Research Area:
Flo joined the group in November 2021 and is working on characterising the physical properties (diffusion coefficients, phase behaviour) of aerosol particles collected from wood smoke to improve the understanding of biomass burning organic aerosol plumes. Flo received her PhD in aerosol science from the University of Bristol in the UK in 2020, studying the evaporation kinetics and dried-particle formation of liquid aerosol droplets in the context of spray drying and respiratory drug delivery. During the COVID-19 pandemic, Flo worked as a Postdoctoral Research Associate at Bristol University, sampling the aerosol generated by respiratory emissions such as breathing, coughing, singing or through medical procedures, to quantify the risk of aerosol generation and disease transmission during different activities.

Research Area:
Julia joined the Bertram group at UBC in August 2020 and is working on instrumentation for measuring aerosols, including the Aerosol Mass Spectrometer. Prior to UBC, Julia spent seven years at Agilent Technologies working on time of flight mass spectrometry, electrospray ionization, and buffer gas cooling of ion beams. Julia received her PhD from the University of California, Berkeley in 2012, where she studied the regulation of photosynthesis using ultrafast laser spectroscopy and mathematical modeling.

Research Area:
The freezing of supercooled water droplets in the atmosphere can be promoted by the presence of ice nucleating substances (INSs). Ice nucleation (IN) is an important process for Earth’s climates by affecting the properties of clouds, while the sources and mechanisms of IN remain uncertain. Yu’s work focuses on the role that marine biological materials play as INSs.

Research Area:
Secondary organic aerosols (SOA) are abundant in the troposphere. Knowledge of the diffusion rate of organics within SOA is needed to predict their impact on climate, air quality, and visibility. The temperature in the troposphere can vary by about 100 K, and as a result, measurements of diffusion in SOA at different temperatures are needed. Kris uses fluorescence microscopy to measure diffusion of organics in SOA and proxies of SOA as a function of temperature.

Research Area:
Ice nucleation in the natural environment usually takes place in aqueous solutions rather than pure water, however the mechanisms underlying this process at the molecular scale is still unclear. The nucleation is termed heterogeneous when it is facilitated by the presence of foreign particles or surfaces. Yi’s research utilizes Molecular Dynamics modeling to investigate possible salt effects on heterogeneous ice nucleation.

Research Area:
The viscosity of secondary organic aerosols (SOA) in the atmosphere are important to determine, as it is correlated to the lifetime they have in the troposphere. Giuseppe measures and simulates the viscosity of many SOAs to infer atmospheric lifetimes using the poke-flow method.

Research Area:
Ice particles play an important role in the atmosphere by influencing physical processes and subsequently the overall climate. Atmospheric ice particle formation is encouraged by ice nucleating particles (INPs), which provide energetically favorable conditions for ice formation of aerosol liquid droplets. There are still many questions regarding the abundance, identities, and overall climate impact of atmospheric INPs. Soleil’s research is focused on the quantification and characterization of ice nucleating particles in field samples.

Research Area:
It takes a temperature as low as -38 C degrees for ice to nucleate in the atmosphere, but this is subject to change when in the presence of a heterogeneous ice nuclei. Some known great heterogeneous ice nuclei are things such as mineral dust, bio particles, and feldspars. The mechanism in which this occurs is still poorly understood and the understanding of this can have a significant effect on the climate. Researching the mechanism on a molecular scale may provide the answers needed for this phenomenon.

Research Area:
Biomass burning organic aerosols are a poorly understood class of particles in the atmosphere that can impact health, global warming and visibility. Nealan’s current work is focused on measuring and parameterizing the properties of brown carbon and other species from forest fires so that atmospheric models can better predict the chemical and physical changes these aerosols undergo as they spread throughout the troposphere.

Research Area:
Sepehr received his master in chemical engineering from the University of Tehran, Iran, where he studied graphene-based membranes for gas separation applications. In January 2022, Sepehr joined the Bertram group to pursue his Ph.D. studying the physical and chemical properties of atmospheric aerosol particles. His current work is focused on the phase behavior of aerosols and the ice nucleating particles in the atmosphere and investigating their impact on climate change and air quality.